Reaching different ages, ‘birthday children’ want their anniversary or birthday to be celebrated in a completely different way.
I consider all of the above-mentioned nuances as well as the fact that not every hero of anniversary would appreciate all the attention being directed at them.
Being a host at a birthday or anniversary celebration requires consideration for the customer’s vagaries as well as the mood of the guests.
In addition to adult birthdays, I very much enjoy working with children.

Children tend to have quite a number of celebrations, from kindergarten graduations to birthday and Christmas/ New Year’s Eve parties at school or kindergarten. Naturally, what children always want to do is play.
Given the fact that children have now seen such animated features as Shrek, Cars, Turbo, WALL-E, and, my personal favourite, How to Train Your Dragon?, one should reckon that such conventional games as Patty-Cake and Cowboys and Indians may no longer be interesting to them.
Me and my colleague Vadim Malyshkin have developed a game system for children. The system is not based on plain games, but rather sets a task to develop interactive games that include the developmental process as children learn best through play.
All the games are discussed with parents or preschool teachers.

The time of the year does not matter – any of the programmes described above is suitable for your celebration; the following scripts are available: A Pirate Who Stole Christmas, Fairy Tales of the Kind Ba.
For older children, we organise such sporting events as Spartakiad and Universiade. 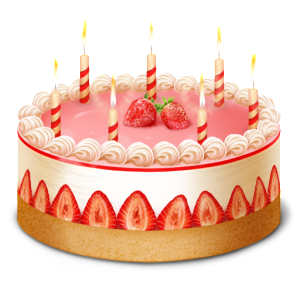 I have experience in being a host at anniversary celebrations of all ages from 25-to 70.

Each anniversary has its own traditions and unique scripts.

There are usually different people present at such celebrations, that is why I choose individual approach and try to create the atmosphere of a friendly celebration.

My working languages for anniversary celebrations are – Estonian , English, Russian.

How does our communication proceed?

Please call me at my phone number to discuss the date, place and time.
If everyone is satisfied on both sides, we discuss the price; if the price is suitable as well, we make an appointment wherever convenient.